Getting To Know: Zack Messer 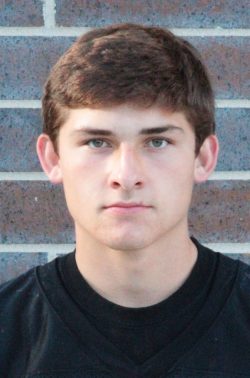 You’re a Defensive beast on the field; what made you want to play defense making big hits rather than scoring touchdowns playing offense?: As most players that still play football in high school, throughout youth football I played on both sides of the ball. While doing this I always enjoyed doing the hitting more than being the one getting hit.

Who is an NFL player that you feel you may model your game after: One NFL player that sticks out in my mind is Troy Polamalu. I would say him because of how versatile of a player he is. Throughout my high school career I’ve played some strong safety, outside linebacker, and most recently a little bit of middle linebacker.

What is your go to pre-game meal and song: My favorite meal on game day has to be any type of pasta and my pre-game song is “Pure Water” by Migos.