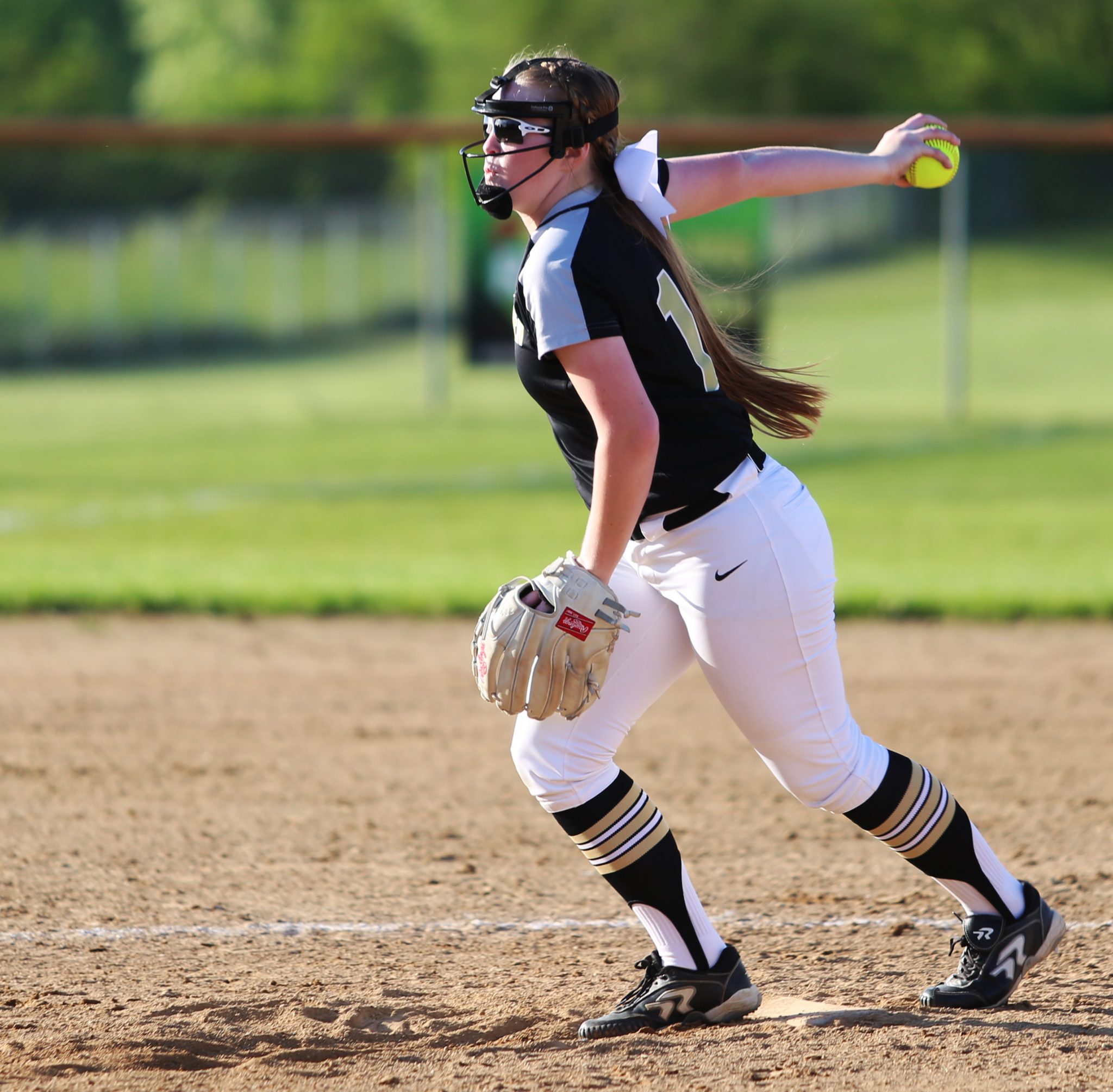 Penn Softball pitcher Anna Gustafson turned in an exceptional effort against Elkhart Central, no-hitting the Blue Blazers to lead Penn to a 10-0 victory on Monday, April 15, 2019. The game was called after five-innings due to the 10-run rule.

Gustafson struck out seven and walked none in pitching the no-hitter.

Mikaela Schramski led the team with two hits including a triple. Ryleigh Langwell and Brenna Brown each hit a double.