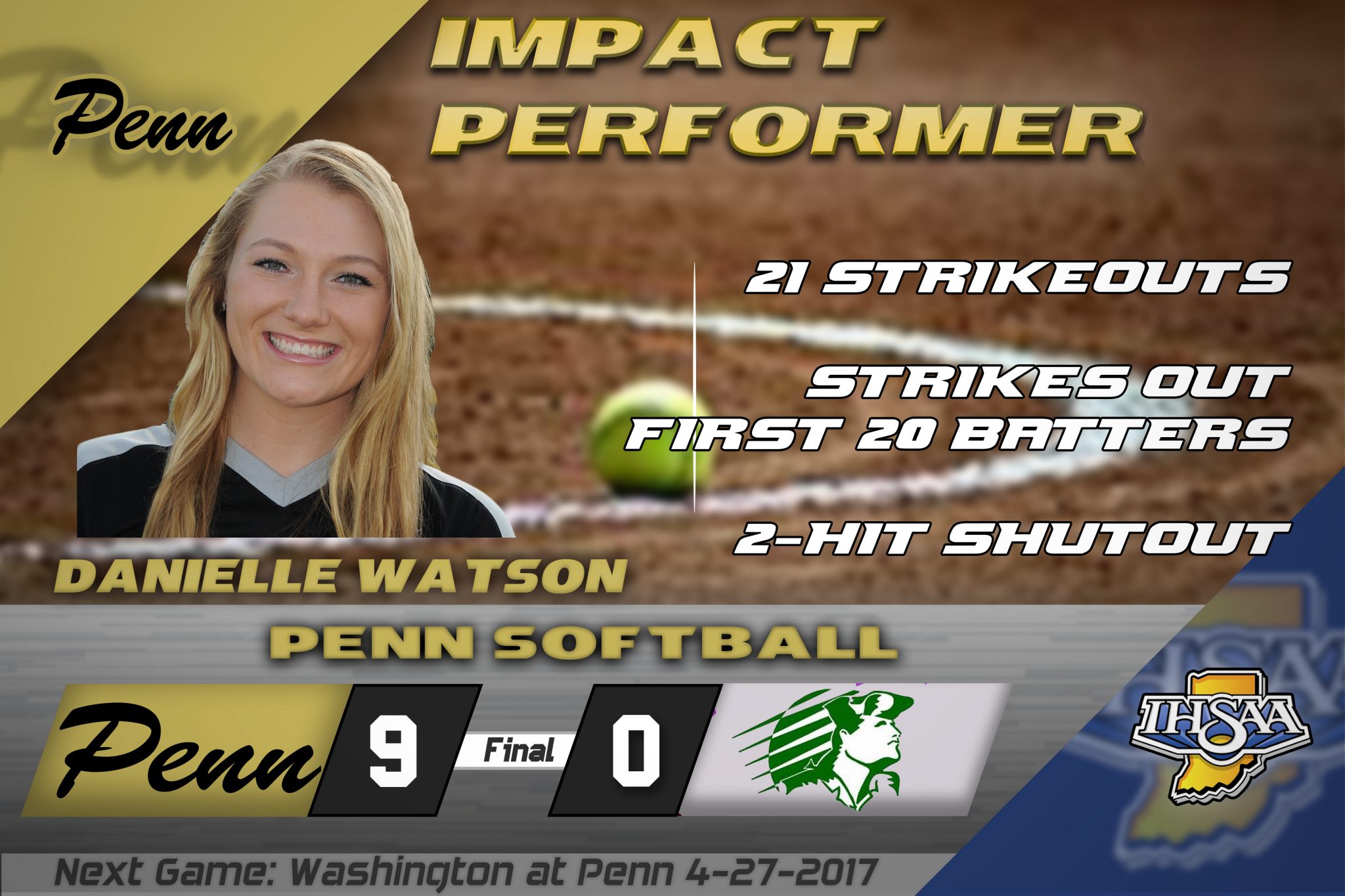 Penn senior Danielle Watson struck out 21 batters in a seven-inning game in leading the No. 1-ranked Kingsmen to a 9-0 victory against Concord on Tuesday, April 25.

A University of Louisville recruit, Watson also led the Kingsmen assault at the plate. She hit a single, a double and a triple, driving in three runs.

Mackenzie Griman had three hits and drove in two runs.