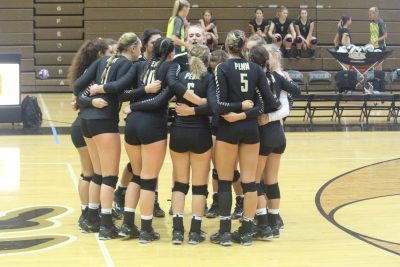 The Kingsmen volleyball team faced off against the Crimson Chargers from Elkhart Memorial on Thursday, Sept. 21. The Kingsmen swept the Chargers 3-0 with scores of 25-15, 25-9, 25-17.

Naomi Williams had an enormous 29 assists in the Kingsmen victory.