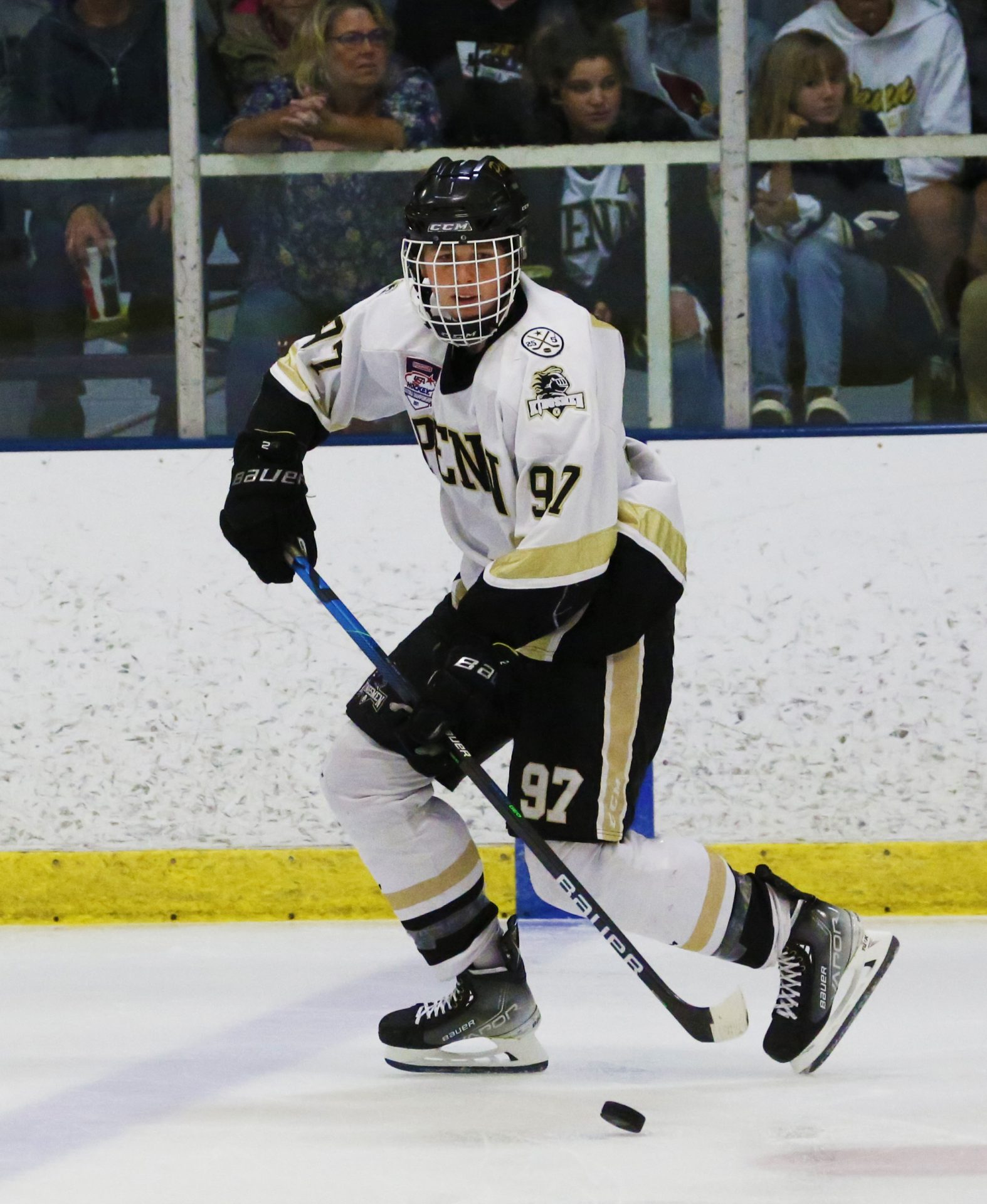 The Penn Kingsmen battled to a 3-3 tie on the road against the Joliet Jaguars.

Trey Thompson started off the game with a power-play goal, assisted by Joel Cocquyt and Matthew Laware.

Matthew Laware scored a dazzling unassisted goal while the Kingsmen were shorthanded.

Trey Thompson scored his second goal of the game, assisted by Joel Cocquyt, also on the power play.

Avery Brown held the net down, securing the tie for the Kingsmen.