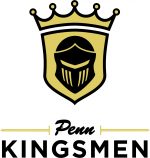 On Saturday, the Penn Kingsmen Cross Country squads ran their way to victory in the Boys Varsity race, the Girls Varsity race, the Boys JV race, and the Girls JV race of the County Clash.  The boys got their first major meet victory of the season, defeating 15 other teams.  The Girls team got their second major meet victory of the season.  The meet featured teams from b0th St. Joseph County, and from Elkhart County.

The Kingsmen dominated the boys Junior Varsity race with a near perfect score of 20, defeating second-place Riley by 38 points.

Penn dominated the Girls JV race with a perfect score of 15.  Penn had nine runners come in before anyone from any other team.

All of the Kingsmen teams did very well, winning every race at the County Clash as many athletes had season-best times.  This Saturday both Kingsmen teams will compete at the New Prairie Invite, the largest race of the season.