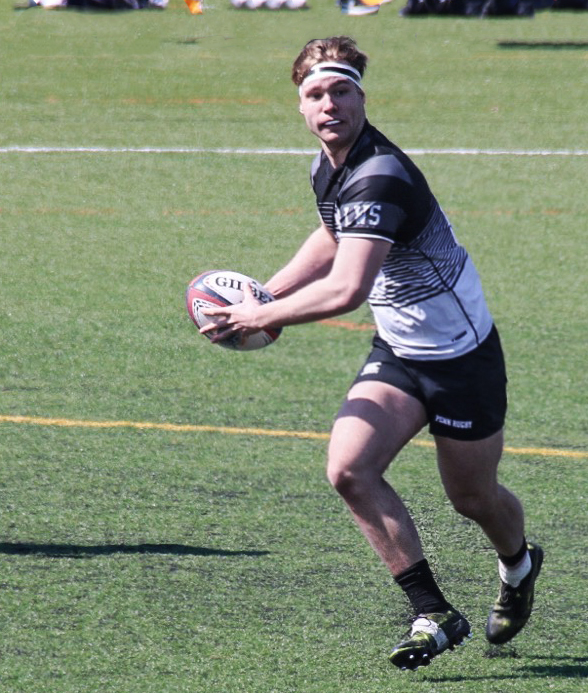 My thoughts on American Schoolboy Rugby

I have been part of the Penn Rugby system now for 6 weeks and I must say, Rugby at Penn has exceeded my expectations in all aspects. In this article, I will compare the English schoolboy system to the American, from training, to coaching strategies to the social sides of the sport.

Before arriving, I had a vague idea of what Penn were like from the Penn players my school hosted. The likes of Lucas Robinson, Satchel Carnine, Jack White and Cian Messner represented Penn Rugby to the highest degree and were all incredibly proficient Rugby players.

Word would spread like wildfire around school when we got the news that an American was coming. It was simply exciting, especially for the Rugby team as it meant more squad depth and an improved Rugby side for the season. It felt like our team had just been reinforced by some crack (special forces) soldiers, but in reality, they were on a very similar wavelength regarding skill. Psychologically, their arrival drastically improved morale going into the season. When my mates and I were around 13, we used to look up to the American imports as the new ‘star signings’, thus it portrayed Penn in our young minds as being some professional Rugby team that produced top players. Therefore, I was delighted and honoured to get the opportunity to hop on a plane and see what it was all about.

For the first 3 or so weeks, drills in training for Penn Rugby was almost exactly the same. Simple catch and pass. Six weeks on and we have progressed to more complex drills, but nothing I haven’t done before. The one thing that really puts Penn out in front is their team principles. The team principles are drilled into each and every Penn player from the first training session.

Coach Bart is more than just a coach in the eyes of the lads, he is a life mentor, converting young high school boys into mature men. He applies life principles to Rugby, for example, the importance of being reliable, coachable, dedicated, and most importantly, disciplined. He made a great point, in that he will only employ athletes into his business for the very reason that they possess these life principles. By engraining these traits into the lads, he has, give or take 50 or so boys, who are wholly dedicated to the system. Consequently, there is near enough perfect attendance at each of the training sessions, meaning all players are able to move forwards as a pack and a team that trains well, more often than not, plays well as a team.

Training is taken seriously and is far from fun and games. We start with an hour classroom session where we dissect different areas of the game from tackling to attack phases. This was new to me and I have already learnt a few new things, but more importantly, it highlighted areas of the game that the rest of the team lack knowledge in. Again, an emphasis on moving forwards as a pack.

We then have a regimented warm up routine consisting of athletic movements, which is instructed by any one player, but then called up as one entity. The session then gravitates towards one of our game focuses of the day.

Another new thing is the team ‘breakdown’ where all players come together, put their arms in the air and shout Penn Rugby and then clap. It’s very American and it’ll sure make every English Rugby player cringe, but it reinforces the pride of Penn Rugby and what it means to be part of Penn more than just getting in a huddle and talking things through.

I firmly believe that Rugby at Penn is taken far more seriously by the players than in the teams I have played for both at school and representative (Club and County), where the lads would train and then (socialize).

I’d argue that schoolboy Rugby in England is taken more as a social sport rather than a professionally treated game. Saying this, there is a long way to go for the U.S. to catch up to top flight English Rugby, both at schoolboy and professional level. This is purely down to the fact that it is a major sport in England and there is a greater love and participation for the game, but if taken seriously, U.S. Rugby will soon be a force to be reckoned with.