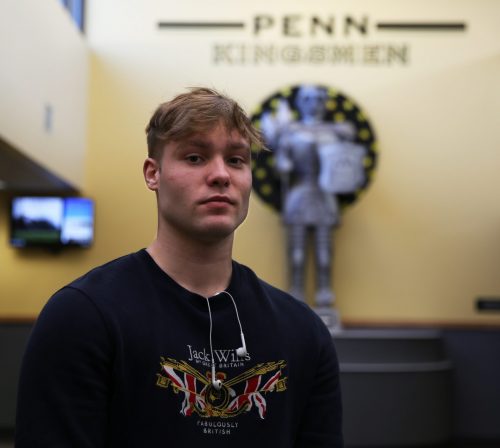 If you know me, you’ll know I am a keen traveler. Live by the compass, not the clock, some may recite. To this date, I have been fortunate enough to have visited 23 countries. I should also add that I have also been to seven U.S. states.

I am a firm believer that traveling to new places and immersing yourself into new cultures is the best form of education. Travelling across Europe (Paris, Amsterdam, Berlin, Prague, Budapest, Zagreb) by train with seven of my close mates was the most liberating time I’ve ever had. At each European stop, we all had a small bucket list of places or activities such as to visit the Eiffel Tower or go to the outdoor thermal spas in Budapest.

Naturally, I made a small list before coming to Indiana …

Prom dates are also a new thing, which aren’t prominent in England. From what I’ve seen in photos and videos, there is a lengthy and thorough process of asking your prom date to prom. Some of the rugby lads have come up with some rather adventurous proposals, such as having five lads spray paint the word ‘PROM?’ on their bare skin.

I helped my friend, who I won’t embarrass by mentioning, transport an excessively large teddy bear, bigger than his actual date, into a basketball game whilst he held a sign asking her to prom. Risky indeed. Don’t know what the bear had to do with anything but it thankfully did the trick. Nice one A.J., happy to be of service.

Of course I will do all this whilst wearing a leather cowboy hat that I have yet to purchase. Cowboy boots would be a little too keen but when one comes to the USA, they must embrace the culture, no?