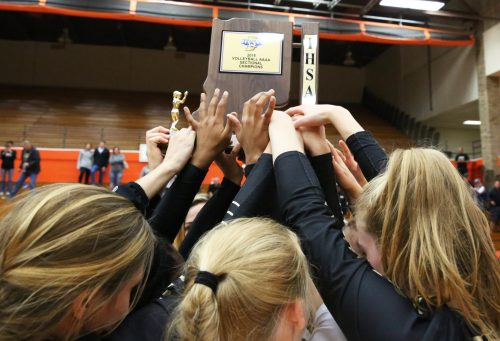 It’s a blockbuster week for Penn High School Athletic Teams as the Kingsmen seek a Regional Championship in Volleyball, and Semi-state Championships in Volleyball and Boys and Girls Cross Country. There’s also the Freshmen version of the #BackyardBrawl this week.

The Penn Varsity Football Team has a bye this week in the Class 6-A State Tournament. Action starts on Friday, Nov. 1, when the Kingsmen host Portage. Kickoff is set for 7:30 p.m. ET