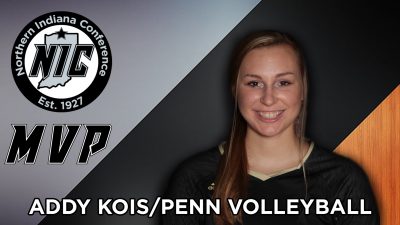 Penn High School setter Addy Kois was named the Most Valuable Player of the Northern Indiana Conference, and Kingsmen Head Coach Lisa Pawlik was named the NIC Coach of the Year for 2020.

The Kingsmen won the conference championship with a record of 11-0.