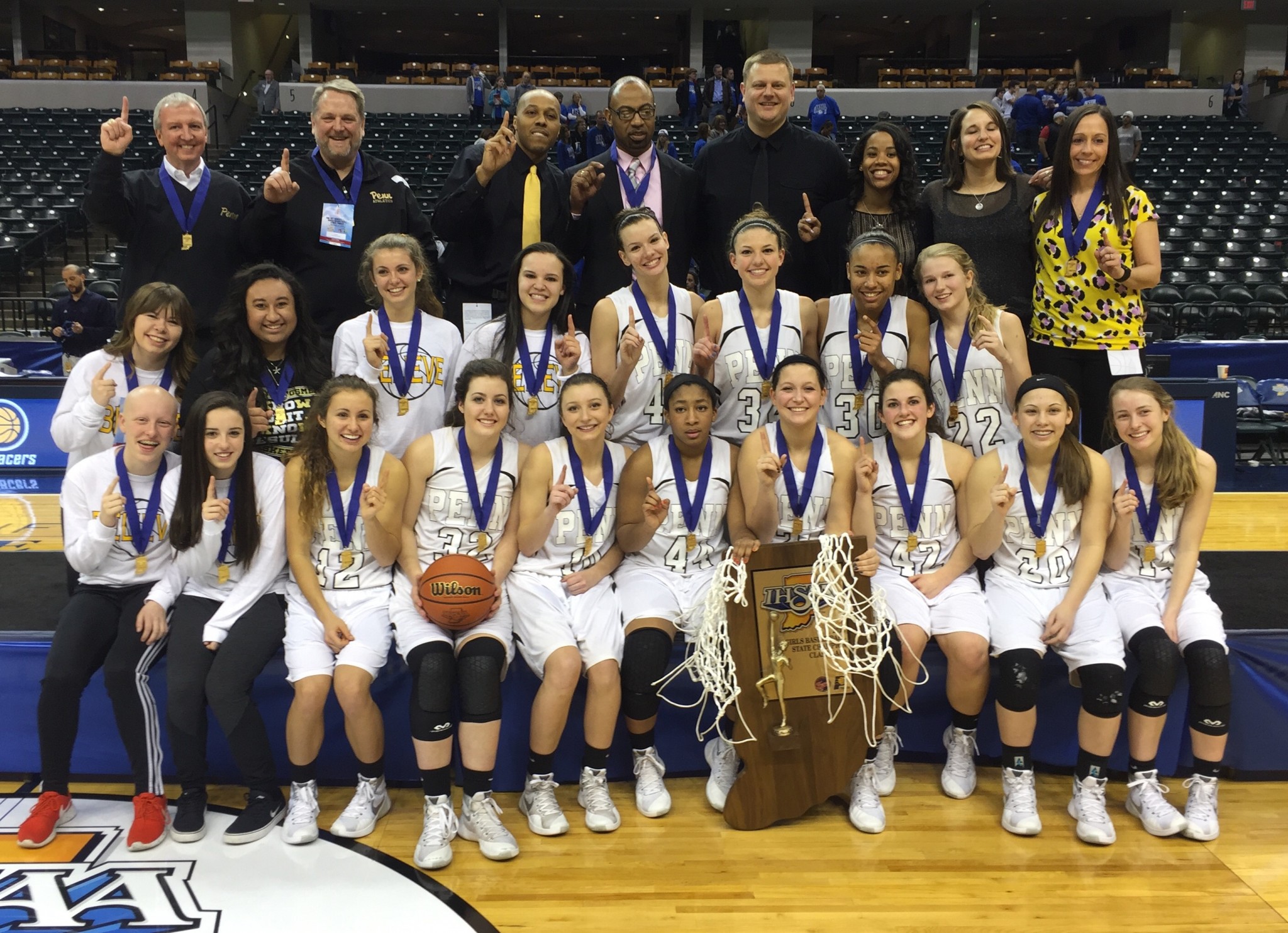 Responding to adversity can define a championship team.

Penn High School’s girls basketball team faced adversity throughout the season, but their ability to counter it with character helped the Lady Kingsmen author one of the more remarkable chapters in Hoosier Hysteria.

In the rematch with the state title on the line, Marenyi scored 21 points, and Camryn Buhr scored 24, as the Kingsmen ruled the court. Lindsy Kline scored 11 points, Claire Carlton scored seven and Kamra Solomon scored five points for the Kingsmen.

Buhr and Carlton hustled for seven rebounds each, and also led Penn with three assists each. Marenyi, Buhr and Solomon led Penn’s relentless defensive effort with three steals each.

Penn torched the nets early, hitting seven of its first 11 shots on the way to a 20-9 lead after the first quarter.

Columbus North stormed back, outscoring Penn 19-10 in the second quarter and closing what at one time was a 13-point Penn lead to two points (30-28) by halftime.

That’s when the Kingsmen responded in full force.

Penn went on a 24-7 run the rest of the third quarter and stormed to a 17 points lead, 54-37, entering the fourth quarter. From that point, the Kingsmen maintained the upperhand to build their 20-point margin of victory.