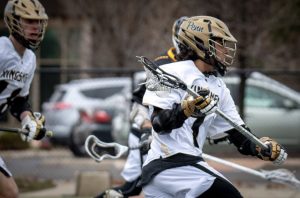 Kyle Parmater, Pierino Giovannini, and Stephen Urbanski each fired in one goal for the Kingsmen.

Owen Bartus led the Kingsmen with three assists, and Karson Warner and Andy Schuring had two assists each.

Connor Fisher had five saves with the effort in goal.