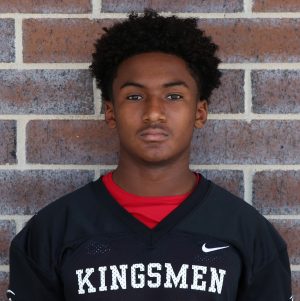 Nick Hardrict played fullback at Penn for the rugby team and he graduated in 2020. Hardrict’s legacy includes mentoring younger players and teaching them how to work hard and hold themselves accountable to be successful. Hardrict is a member of the USA Rugby U23 Team.

Where are you right now? What are you doing right now?

“I play rugby at Lindenwood University in Missouri. I am also majoring in exercise science.”

How did playing rugby at Penn help you in positive ways?

What do you love and miss about playing rugby at Penn?

“Penn Rugby has a very strong brotherhood with a great coaching staff that cares for all of their players. I miss playing in big games at the Moose Rugby Grounds in Elkhart, traveling on the bus with all the guys to different games/tournaments, and hanging out with all the guys.”