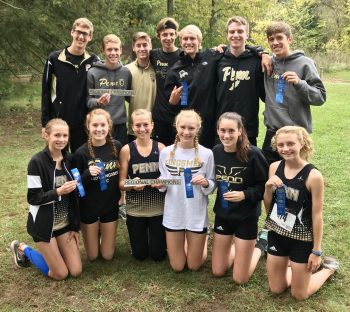 The season all comes down to this race as it decides whether both the Boys and Girls teams will make consecutive appearances at the State Championship. Both cross country teams hope to continue their long journey to the big race by earning a top-six spot overall at Semi-state.

The Kingsmen will be looking to make consecutive appearances to the State Championship by competing at the Semi-State race. The boys have already raced at New Haven this year in order to gain experience on the course. They now hope that the past experience will pay off and they can earn a top spot in the race. The Kingsmen will be running Curtis Cornell, Colton Shail, Matt Long, Chandler Neal, Chad Piatt, Noah Cocquyt, and Nick Sergeant in this weekend’s race. If the Kingsmen want to keep their season alive, they will need to earn a spot in the top six overall. Five of the top seven runners for Penn are seniors, and they already know that their high school cross country careers are on the line.