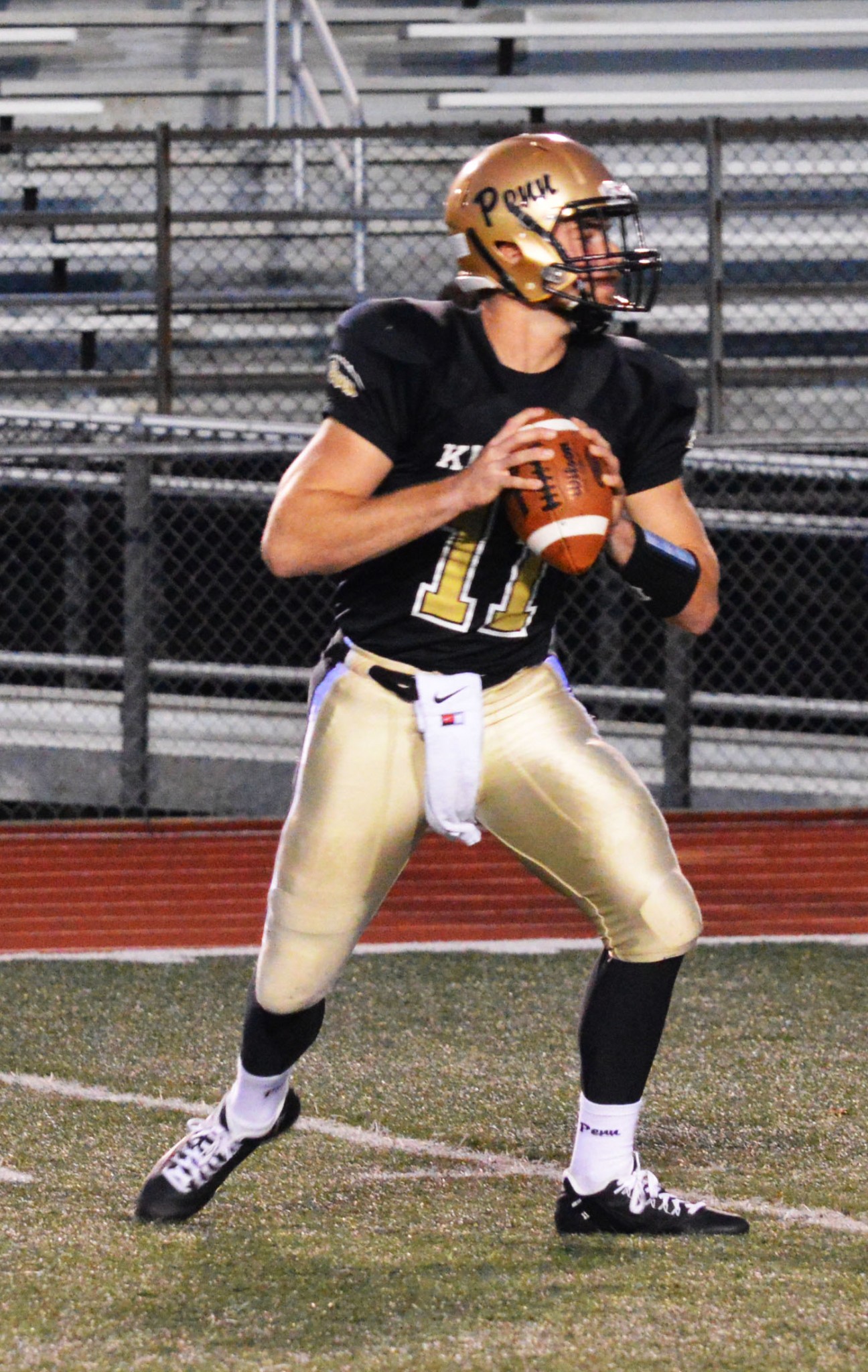 Camden Bohn has had a historic season as the motor of the Penn Kingsmen offense and has led them to a berth at the 6-A State Championship at Lucas Oil Stadium. The Kingsmen will face Center Grove on Saturday, November 28th, in a highly anticipated showdown between two of the state’s powerhouses. Camden Bohn has been at the helm of the Penn offense, and is credited by his teammates and coaches for leading them to the title game. This praise shown to Cam surrounding his play this season, is well deserved, as Cam is the second quarterback in school history to pass and rush for 1,000 yards in a single season. I sat down with Cam to ask him a few question surrounding his season, and his team’s deep postseason run. Cam acknowledges that what he has accomplished is a major milestone in his career at Penn, as he says, “It is a special honor but I couldn’t have done it without the help of my teammates. Especially everyone blocking and catching for me.” While Cam has high praise for his teammates work that they have put in, they also speak highly of him. When asking his center, Anthony Lovisa, he expresses how important Cam’s dual threat ability is to the flow of their offense, as he says, “Cam has not only taken command of the offense, but of the team, as we look to cap off this season with a state title.” Cam’s dual threat ability has provided an aspect of the offense that defenses have had difficulty stopping. It has made offensive coordinator Trent Yeoman’s job easier, as his game has been at an elite level this season. When asking Yeoman about Bohn, he says “Cam is extremely smart and a athletically gifted.” As you can imagine in anything, this is a good mix to have in the quarterback of your team. Cam shows his intelligence as he is headed to play football at Harvard next fall. Cam looks forward to making the trip to the state finals, as he said “As a senior, it has always been a goal of mine to help advance the team to state, and now I feel as though I have accomplished that. Now we just have to win.” While Cam is aware of the impressive, record setting accomplishments he has had this season, he is as hungry as ever, as he looks to take the Penn football program to the next level, and bring a state title back to Mishawaka and the Penn community.