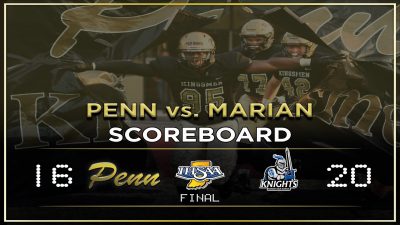 Kyle Riffel scored a pair of touchdowns on runs of 10 yards and 1 yard. Riffel finished with 75 yards on 18 carries.

Ryan Plummer intercepted a pass in the first quarter to set up a Kingsmen TD.

Jankowski had an interception to set up the Majerek field goal.

Owen Wisemen pressured Marian’s QB into throwing a pick, with Zach Hoskins coming up with the theft.