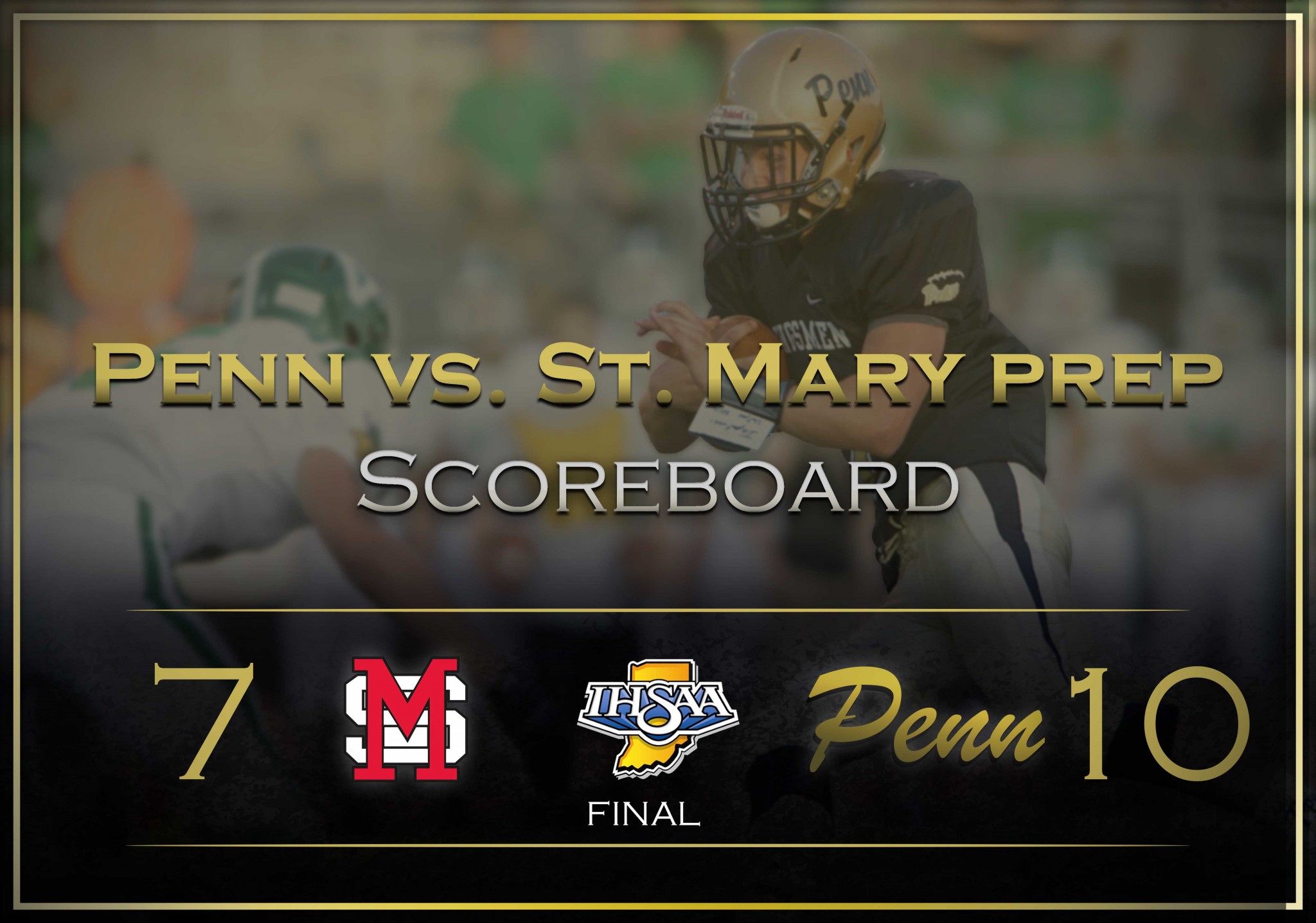 Jared Hancock kicked a 37-yard field goal with 7:38 left in the game to give No. 3 Penn a 10-7 lead, and the Kingsmen’s Wild Bunch defense made it stand for a thrilling high school victory against No. 4 and defending Michigan state champion Orchard Lake St. Mary’s on Friday, Sept. 9.

Cameron Hedstrom crunched the St. Mary’s quarterback for a bone-jarring sack, and Bailey Mott, Jackson Weston and Reece Treber each broke up passes in the final 5:00.

Parker Adkins, who intercepted a pass at the goal line last week to preserve Penn’s 14-7 win against Birmingham Brother Rice, tackled the St. Mary’s quarterback on a fourth down with :20 left to seal the victory against the Eaglets.

Penn quarterback James Iapalucci was 12-of-19 passing for 112 yards. He connected with Matt Kominkiewicz for a 37-yard TD in the second quarter.

Martz broke loose for a 19-yard gain to the St. Mary’s 35 to help set up Hancock’s game-winning field goal.

Martz later made a stunning juke on a St. Mary’s defender on a third-and-17, and then blasted off for a 38-yard gain to the St. Mary’s 20. The play gave Penn crucial field position, although St. Mary’s held and took over with 3:00 left.

Penn’s Wild Bunch then made sure that St. Mary’s wouldn’t take away the victory, stopping the Eaglets on downs at the St. Mary’s 38.