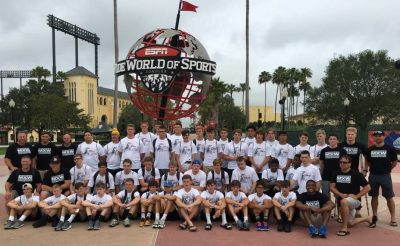 A big part of forging champions for Coach Brad Harper’s Penn High School Wrestling Team is participating in the Disney Duals at the ESPN Wide World of Sports Center in Florida.

“To be an All-American, you have to put in extra work,” Coach Harper said. “It is a mindset of wanting it more than the other kids. There is no secret sauce”

Each of Penn’s three teams placed in the Top 16 at the Disney Duals, a remarkable achievement.

“We wrestled every day against state champions and future college wrestlers,” Risner said. “That experience challenged me to take my game to the next level and understand what I have to do to beat that caliber of wrestler.”