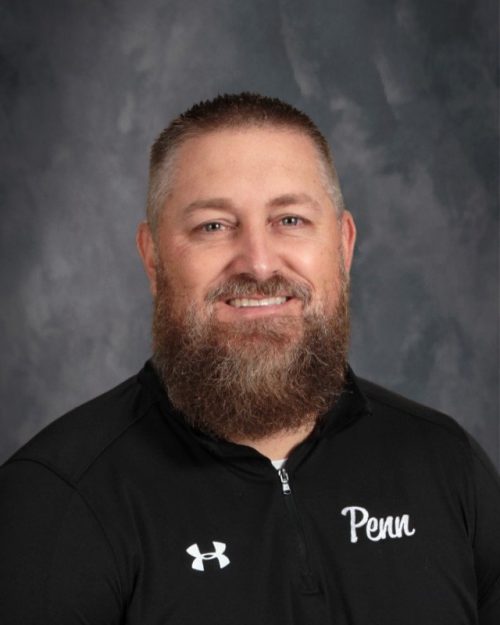 Penn High School Athletic Director Jeff Hart announced that Chad Wetzel has been named the head coach of the Penn Kingsmen Boys Track and Field Program, pending school board approval. Wetzel replaces Jon Carroll, who resigned at the end of a 2021 season that saw the Kingsmen win Sectional and Regional Championships.

Wetzel is a 2000 graduate of Ball State University. He has been an assistant coach for Penn Boys Cross Country and Penn Boys Track & Field in 2020-2021.

As the Boys Track Head Coach at South Bend Riley, Wetzel guided the Wildcats to a Sectional Championship in 2009 and coached 18 state qualifers. The Wildcats were South Bend City Champions in 2011, 2012, 2018 and 2019. He coached seven Riley student-athletes who placed in the Top 10 at the IHSAA State Championships.

“Coach Wetzel has a proven track record of high-end success during his almost 20 years of coaching high school track & field and cross country,” Hart said. “As a long-time head coach in the area, he brings immediate credibility, both on and off the field, and we are thrilled to have him join our outstanding group of head coaches at Penn.