Penn erupts for 20 runs in season-opening win vs. Carroll 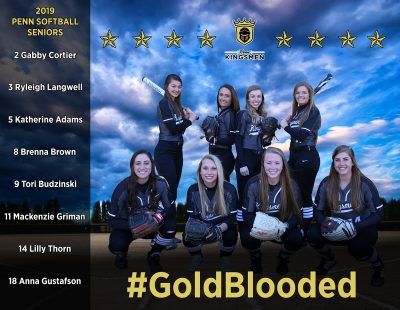 Ryleigh Langwell blasted two homers to get the Penn Kingsmen Softball team off to a powerful start for the 2019 season.

Langwell finished with three RBIs for the Kingsmen. Maddie Calvin had three hits and 3 RBIs.

Brenna Brown had 3 hits, including a home run, and drove in four runs. Anna Gustafson had a hit and two RBIs. Addy Kois had two hits and two RBIs.

Gabby Cortier, Mackenzie Griman, Tori Budzinski and Lilly Thorn each contributed one RBI each in the Kingsmen win.