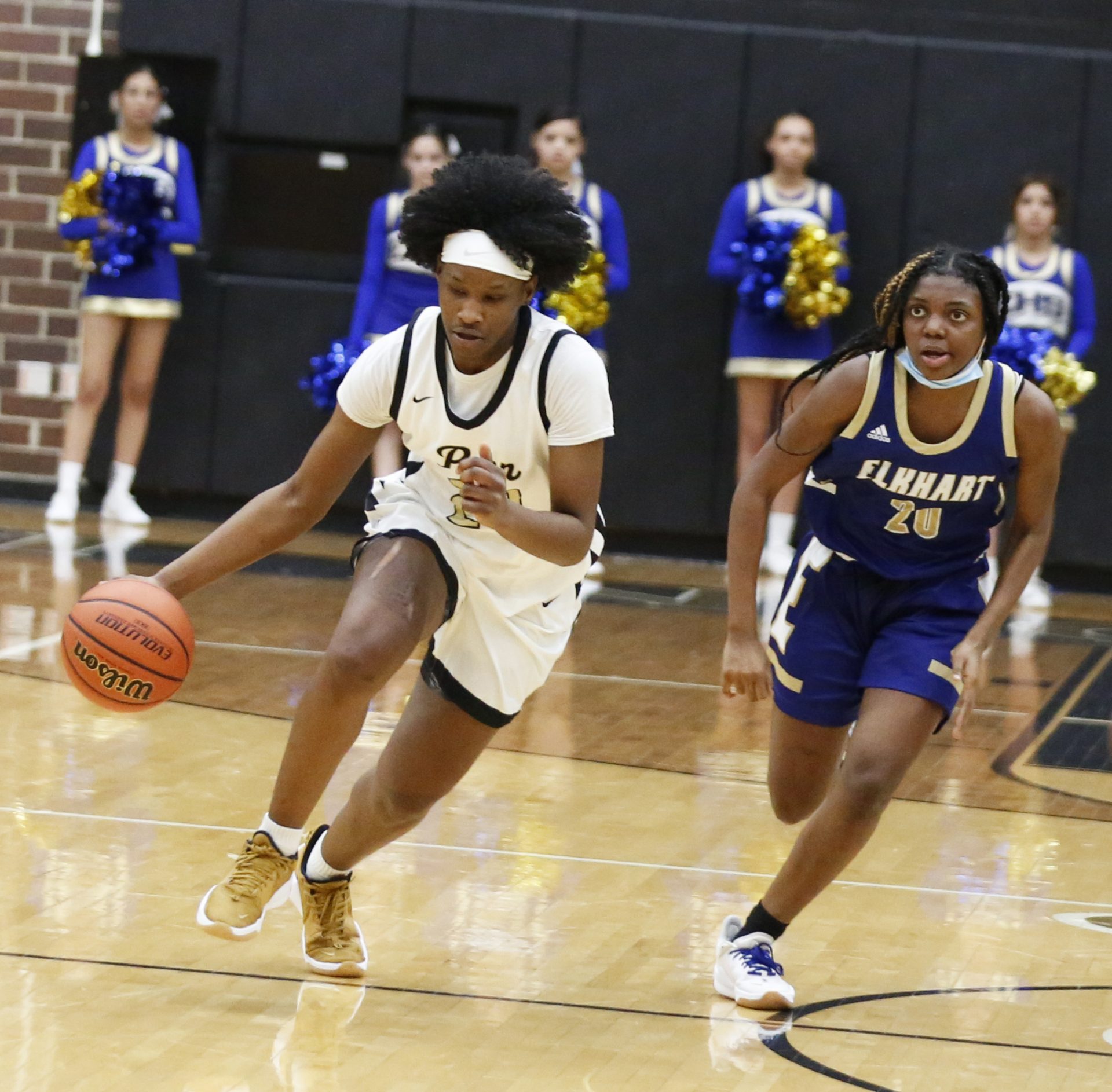 Jada Patton, a 5-foot-11 Senior Guard/Forward who led Penn to a fifth consecutive Girls Basketball Sectional Championship, has been named to the Indiana Basketball Coaches Association First-Team for Large Schools.

Patton has committed to continue her basketball career at University of Indianapolis next year.

Jada, known to her teammates as ‘JP’, is a team’s matchup nightmare as she can post up or even drive you down. She led Penn in stats with 11.3 points, 6.4 rebounds, 2.3 assists and 1.9 steals a game. She dropped career best games of 23 points against South Bend St. Joseph and then 30 points against Northridge in the Sectional. Her effort against Northridge helped Penn rally from a double-digit deficit and avenge a regular-season loss to the Raiders.

In addition to the IBCA First-Team Large School honor, the Elkhart Truth named Patton to its All-Area Team, and Hoosier Basketball Magazine invited Patton to its Top 60 Seniors Workout for the Indiana All-Star Team selection. For the Hoosier Basketball Magazine workout, Patton was one of 60 seniors chosen from 1,400 state wide through statistical evaluation, game observation, and research during the season and tournament run.