Getting To Know: Katie Neely 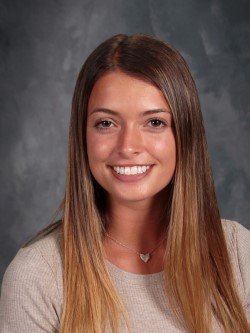 What is your favorite part about your sport?: Tennis is probably my favorite sport because not only does it physically challenge me, but also mentally. All great tennis players have to be mentally strong in order to succeed. Also, playing tennis is very versatile as I can play it through all stages of my life.

Who is a player (at any level) you look up to and why?: Someone I look up to is Caroline Wozniacki, a former tennis player who was ranked No.1 in singles for a total of 71 weeks. I look up to her because she is known for also spreading kindness throughout the tennis community and is a very great player.

If you could meet any person in the world, who would it be and why?: I would probably want to meet Serena Williams because she has come so far and it would be really special to meet such an amazing tennis player.