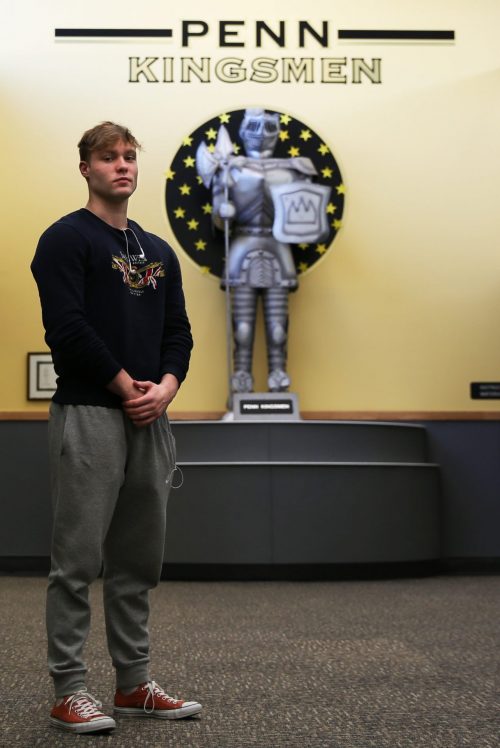 When I was asked if I wanted to come to the Penn High School and play rugby in the U.S., I was quick to hop on the opportunity. I will be 19 next year, thus the opportunity to experience life as a U.S. high schooler for six months would be gone so I thought, why not?

As an Englishman who has lived in London and Oxford, I have always been somewhat intrigued as to what it would be like to live in the No. 1 Superpower of the world. I was intrigued to see how the US / UK educational systems differ and how the average American lives their life compared to the average Brit. I suppose this blog will discuss the experiences of an 18-year-old Englishman playing rugby and attending high school in the great country that is the USA.

In the light of digital technology, globalisation, various types of media, and global news, it is impossible not to have pre-existing judgments of the USA, or pretty much any country. Having interests in military history, politics, international relations and geography, I thought I’d have a pretty good perception of what America would be like when compared to other people who viewed America from the productions of various Hollywood films and popular media that they watched.

A-Level Politics and History has allowed me to gain an intermediate knowledge of the divided political environment created by the Republicans and Democrats, but also over major U.S. political and non-political issues such as abortion, race, immigration and, of course, the controversial right to bear arms stated in the Second Amendment. Therefore, I already had the assumption that the U.S. may possibly be highly divided over a variety of different political and non-political issues.

Secondly, I was aware before arriving that the average American, compared to the rest of the world, is very patriotic. From Hollywood films I’ve watched, I noticed that American high schoolers pledge allegiance to the flag at the beginning of the school day and that the Stars and Stripes were visible where ever the eye wondered.

My third stereotype, well a stereotype possessed by many Brits, is that America is far from the healthiest nation in the world. Although there is a great deal of truth in this stereotype from what I have experienced in my first week, there is a valid argument to say that the average American teen is in fact healthier than the average British teen, but more on that later.

My final notable stereotype is that Americans love their guns. This is obviously a strong generalisation and as stated previously in this paragraph, I have already read that there is a strong counter force towards the Second Amendment from a large percentage of the U.S. population, but I think it would be fair to say that America, when compared to the rest of the world has the most notable gun culture.

I was also terribly interested to see how Americans viewed Great Britain and to what stereotypes they may have of their neighbours across the pond. Before arriving, I thought that the American stereotype of the British would have something to do with our monarchy, castles, James Bond, our desire for tea, our glorious imperial days or just some absurd link to Harry Potter. The lads back home were also inordinately quick to claim that the British accent was the supreme gift a man could have when going to the U.S., as the American ladies supposedly rather dig it, but I struggled to understand the reasoning behind this, for I thought that the accents were somewhat similar despite the odd variation of pronunciation or the definition of the actual word. I probably shouldn’t complain if this is the case.

It is now the 24th, January, 2020, and I have been here for exactly two weeks now. I can confirm that some of my initial stereotypes were to some extent accurate, but a lot of what I thought of the USA was so far wrong. So I can confirm that the roads are, simply put, rather vast with some having over five lanes. The vehicles that use the roads are mostly either large SUVs or your typical American pick-up truck. I had a fun experience during my first week when I had to get a lift home with my friend, whose brother picked us up in a large and intimidating Chevrolet pick up. My ears were soothed with the rapping, repetitive beat and heavy bass of Lil Wayne’s song ‘Amilli’ and 50 Cents song ‘Poppin them thangs’. It made me feel like a West Coast American gangster riding through the hood in the blazing sun. Just listen to ‘Amilli’ and you’ll understand where I am coming from instantly.

Another stereotype that has some truth is the stereotype that the typical American diet is far from healthy. My diet so far has been absolutely fine and my host family are healthy, however with the variety and sheer amount of different fast-food restaurants, it is easy to see why over 30 percent of Americans are obese. I would normally eat fast food like McDonald’s or Subway once, possibly twice a month if I’m away from home, but since I’ve arrived, I have been introduced to over five different fast food restaurants and eaten over eight or so times in the space of two weeks. My host said that the reason why many Americans go to fast-food restaurants is because of their cheap deals and also the convenience of not shopping for ingredients, cooking it then washing up after. For example, I brought a quarter-pounder, filet of fish, large fries and strawberry smoothie for less than $6 at McDonald’s. That is unheard of in the UK. On the other hand, from what I have experienced so far at Penn, I feel that there is greater emphasis on being fitter and stronger as teenagers. I have yet to see any statistics to reinforce this, so I am just going on what I have seen so far during my Strength & Conditioning classes where there are at least 50 teenagers present. It has also risen to my attention that there is an enormous emphasis on sport at Penn from all the posters of school sports teams in the classrooms to the advertisements of upcoming games mentioned on notice boards and on the morning announcements.

I have yet to have a conversation about politics to anyone just to avoid any awkward moments, but also because I believe that a foreigner who is just visiting a country shouldn’t start to voice their opinions as it is not their place to do so. Quick disclaimer, this is just how I approach life as a foreign exchange student. I am not saying that there is no free speech, there is, and that is a clear right for all in America, but I have noticed, just from hearing people that, politically, there is clear division over issues such as race, ideology and parties.

On my second week here, I managed to tick off a bucket list idea which was to go to a gun range in the U.S. Again, the stereotype that America is synonymous with guns was very evident when I first entered the doors of Midwest gun store. I called it Guns ‘R Us, which would give you an idea of how big it was. AR’s, MP5’s, HK’s, Barretta’s, Springfield’s, AK’s, pretty much any brand, calibre or type of gun you wanted, you could get, granted you had the right documents and a spare couple hundred dollars. Turns out I’m a decent shot as well, especially with the 9mm 1911 pistol.

I can confirm that my first two weeks here have been thoroughly enjoyed. The real plus side to life in America is that the people, generally speaking, are very welcoming, hospitable and talkative. This point is reinforced by the fact that I have already been given clothes and gifts from my host family, but also from the parents of my rugby teammates. Moreover, the first sight I saw of my host families house was the flying colours of the Union Jack combined with the stars and stripes in one flag. Was a great welcome to say the least.