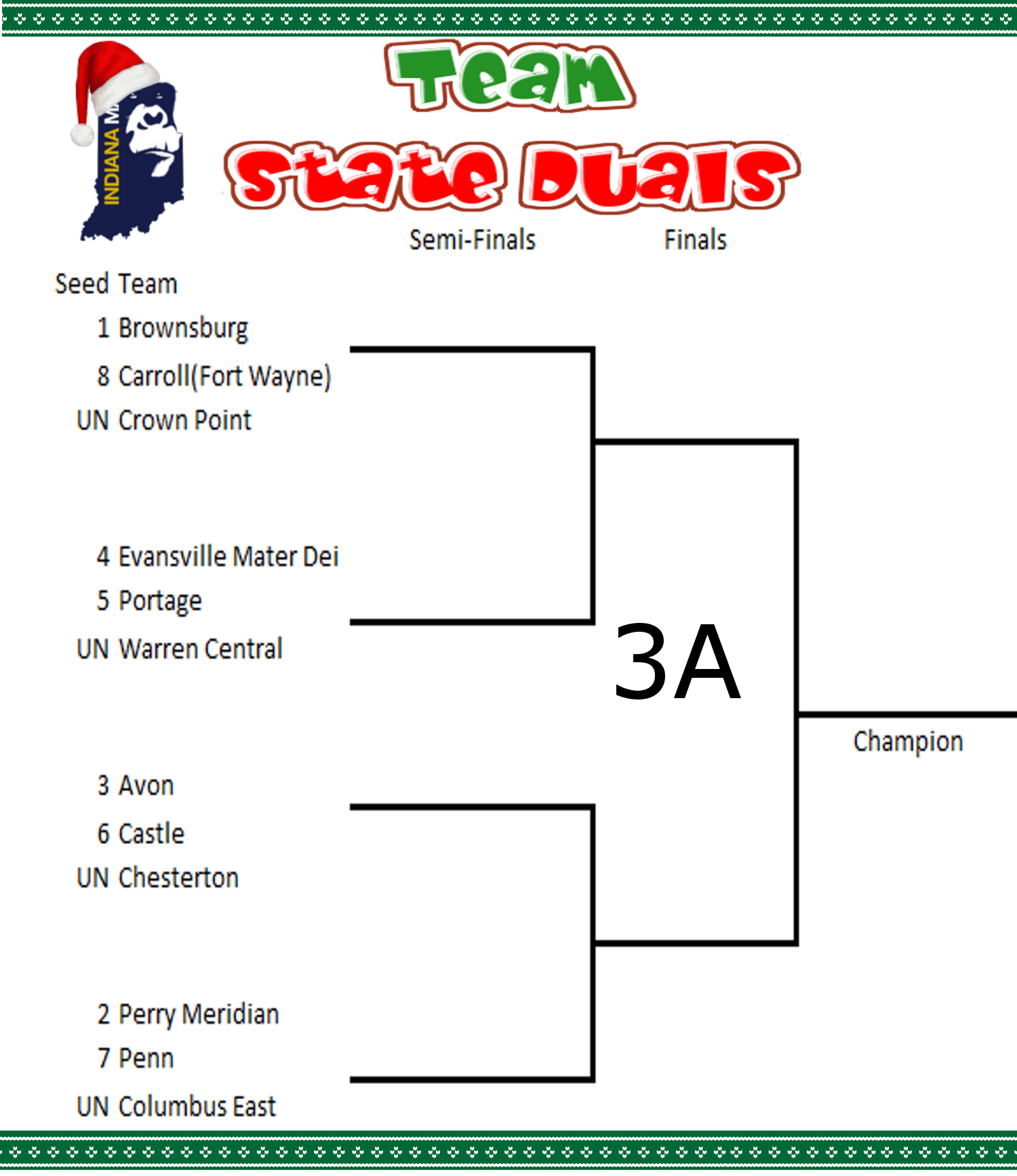 The Penn Kingsmen wrestling team will be traveling to the Fort Wayne Coliseum on Friday, Dec 23 for the Team State wrestling tournament. This tournament is an invite-only event that is dual format to see who has the best dual team in the state.

Penn will wrestle Perry Meridian and Columbus East in round-robin competition. The team with the best record among those teams will advance to the semifinals.

Penn is the No. 7 seed in the tournament. Perry Meridian is seeded No. 2, and Columbus East is not seeded.