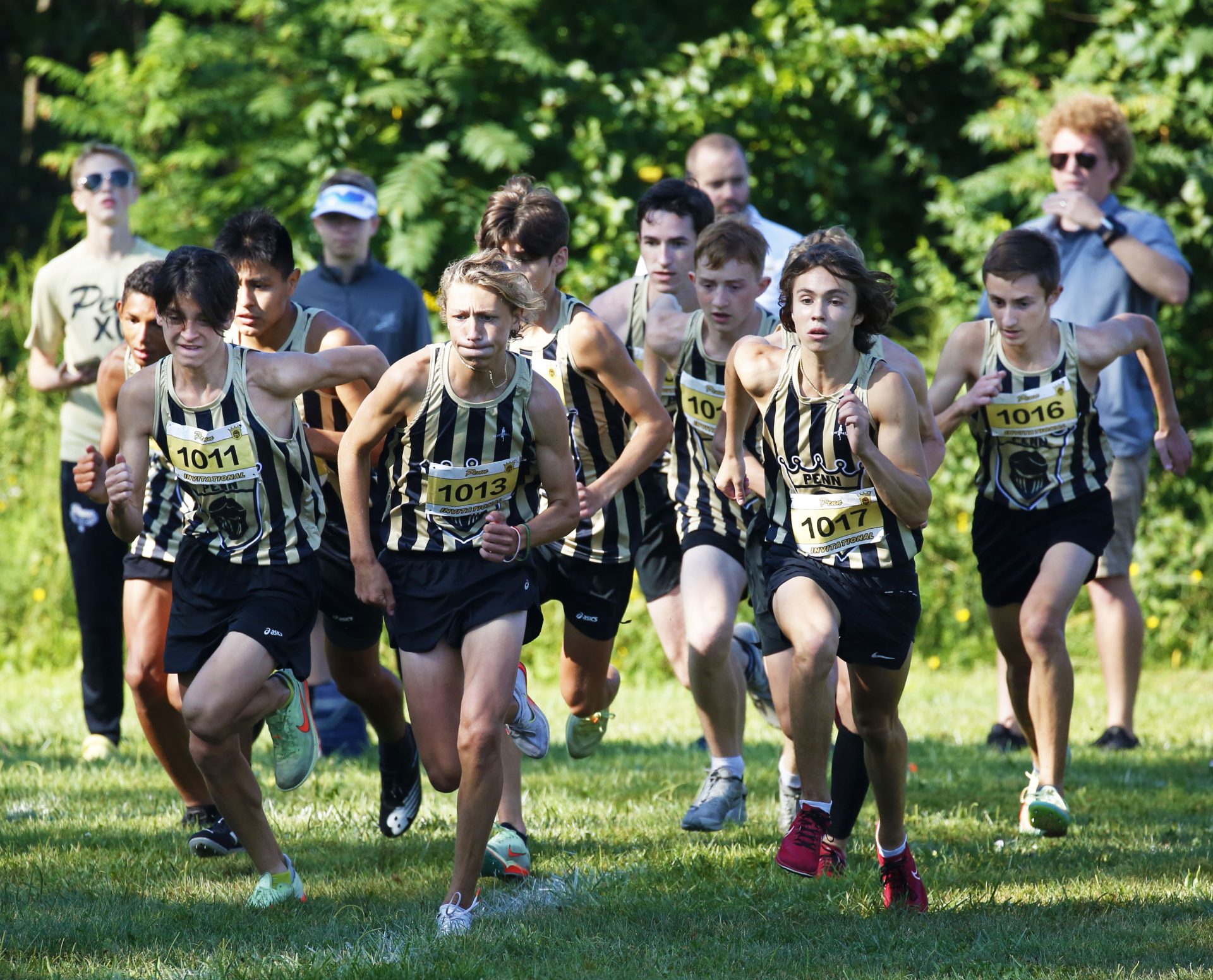 The Penn Boys Cross Country participated in three different races in the biggest high school event in the state of Indiana, the New Prairie Invitational.

On one of the most difficult courses in the states and in the heat, many Kingsmen stood out.

The Freshmen and Sophomore raced in a separate race with the exception of star runners Jack Ryan and Matt Givens.

Senior runner, Nate Pratt, turned heads on Saturday as he won the JV Race and led the Kingsmen to a third place finish in the race.

The Kingsmen are back in action next weekend at Huntington University.