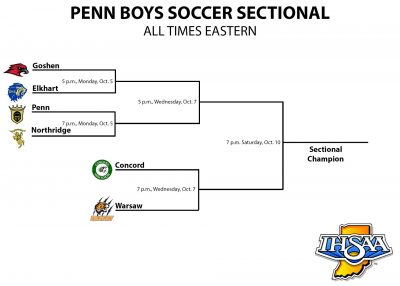 Penn Boys Soccer opens the 2020 State Tournament with a blockbuster match, taking on the No. 5 Northridge Raiders at 7 p.m. on Monday, Oct. 5, at Penn High School’s Lionshead Field.

The Penn Boys Soccer Team officially ended conference play ending with a record of 11-2-3. The Kingsmen have only lost a single home game this year and it was 1-0 against the Northridge Raiders.

Tickets are $6 per game. No tournament passes available. Tickets can be purchased in advance online through the participating schools.