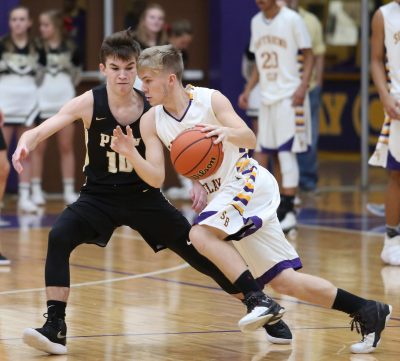 “Excellent defensive work by the Kingsmen was the key to an important NIC win,” Penn Head Coach Al Rhodes said. “Led by Beau Ludwick and Noah Krathwohl on Glenn’s top two scorers, the Kingsmen held Glenn to four points in the second quarter.

The next game versus Carroll on Saturday will be another quality test for our team.”

Kegan Hoskins muscled inside for nine points and 11 rebounds.