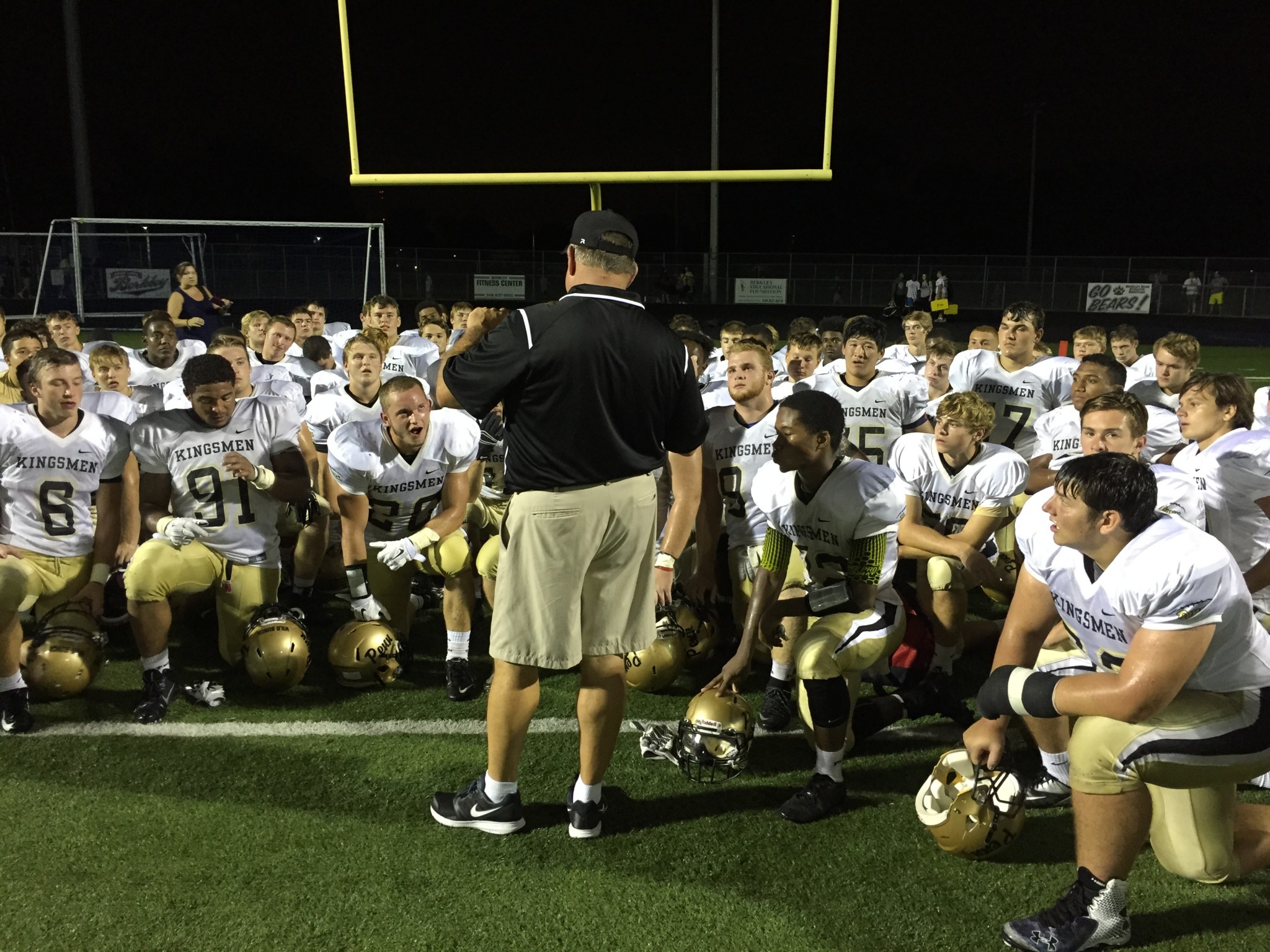 Penn, ranked No. 4 in Class 6-A, is 2-0 and hosts Orchard Lake Saint Mary’s next Friday. Brother Rice, which has one three of the last four Division 2 state titles in Michigan, falls to 0-2.

Penn struck first. Kingsmen quarterback Camden Bohn blasted 11 yards up the middle and powered into the end zone for a 6-0 lead. Sam Scholtes added the extra point to make it 7-0. The Kingsmen drive started at their 39 after stopping Brother Rice on downs.

Following a Penn punt, Brother Rice marched from its 10 to the Penn 45. Will Vakalahi with the brakes on the Warriors’ drive with an interception at the Penn 30 with :36 left in the second quarter.

Penn drove to the Brother Rice 43 when the second quarter ended.

Penn received the opening kickoff for the second half and marched 80 yards in 10 plays. Bohn ran around the left end for a four-yard touchdown. Scholtes kicked the extra point for a 14-0 Penn lead with 5:37 left in the third quarter.

Brother Rice then put together an 80-yard drive that ended on quarterback John Tracy scrambling four yards for the TD to close the score to 14-7 with :17 left in the third quarter.

Penn answered on the next possession. Bohn broke loose and sprinted 57 yards for a touchdown. Bohn ran for the two-point conversion to give the Kingsmen a 22-8 lead with 9:23 left in the fourth quarter.